Welcome at the 2023 Volkel peace camp

focussing on the climate and a nuclear free world

International: Activists from the Netherlands, Belgium, Germany, the United States and possibly other countries get together for these days of action. Our common language will be English.

Climate: the F-35 and F-16 fighter-bombers at Volkel air base emit over 10 tons of CO2 per flight hour practicing to bomb the world with new, even ‘better’ nuclear bombs in the next war. And when those nuclear bombs are used, it is very harmful to the climate and to all life on earth.

The military is an important pillar of a rapacious system. If we want system change, we should not only look at the massive military CO2 footprint, but also look at the role the military plays in systems of dominance and imagine & live other ways to share this planet with all creatures large & small.

Peace: very soon, probably in 2023, a new generation American nuclear bombs (B61-12) will be sent to the European NATO airbases Volkel (Netherlands), Kleine Brogel (Belgium), Büchel (Germany), Aviano and Ghedi (Italy) and Incirlik (Turkey). We protest against this and call for a nuclear-free world and the empowerment of the people to counter occupation, oppression and injustice with nonviolent means.

Action: by our actions we practice nonviolent resistance against the death machine.

–    We vigil during morning & evening rush hour at the main gate. For this and other actions we have rental bikes at our disposal. It is about a 10 minute bike ride on safe bike lanes to the main gate of the base.

–    On Sunday, August 6, we commemorate the victims of the bomb on Hiroshima.

–    On Monday, August 7, around noon when the monthly air raid alarm howls, we block the gate(s) of the base.

–    On Wednesday, August 9 (Nagasaki Day) we dig one or more tunnels under the fence with the intention of sitting on the runway to stop practicing for war & destruction.

–    On August 5, 6 and 8 there will be nonviolence training so each one of us can feel for himself/herself whether he/she wants to join in blocking or tunneling or rather take a supporting role.

–    Of course there is also room for creative actions that arise spontaneously through our being together.

In all actions during this week we adhere to the nonviolent guidelines. (See below). 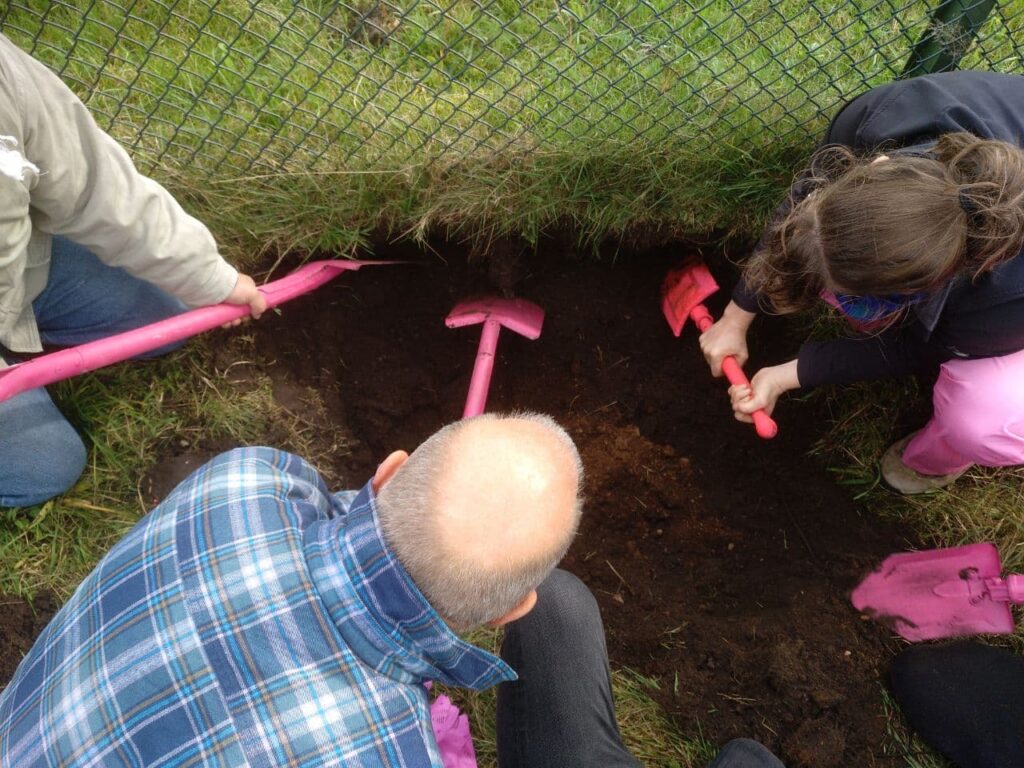 Camp: We are welcome at a group accommodation near Volkel Air Base with two- & four-bed rooms. Should more space be needed, we will try to organize it at a neighboring campground. We count on everyone’s help with cooking, serving & dishwashing. There is swimming nearby and a campfire burning in the evening, so bring your swimming gear and guitar. We hope to have a few people willing to provide morning and evening prayers at the main gate of the base and/or at our campsite for those who love praying together for peace & the safeguarding of creation.

Costs: we hope to cover the cost of accommodation, bike rental & shovels by a donation so participants only have to contribute their travel expenses and €10 per day for food and drinks. 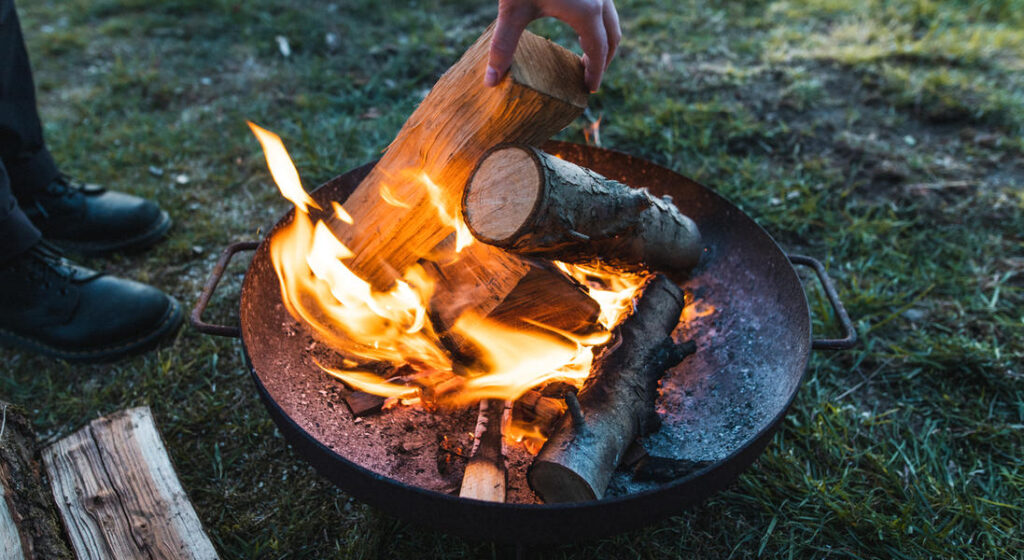 – We behave kindly in word and deed toward police, military, plane spotters and all other people.

– We will not run or make threatening movements.

– If we are stopped or summoned to leave the road, we will not resist arrest (e.g., we do not link arms but going limp & getting dragged away or walking along on the arm of one or more officers is fine) and we take responsibility for our actions by saying our name and welcoming the legal consequences.

– Anyone who wants to be at an action must have participated in nonviolent action training and be in an affinity group.

If you have any questions, mail to noelhuis@antenna.nl 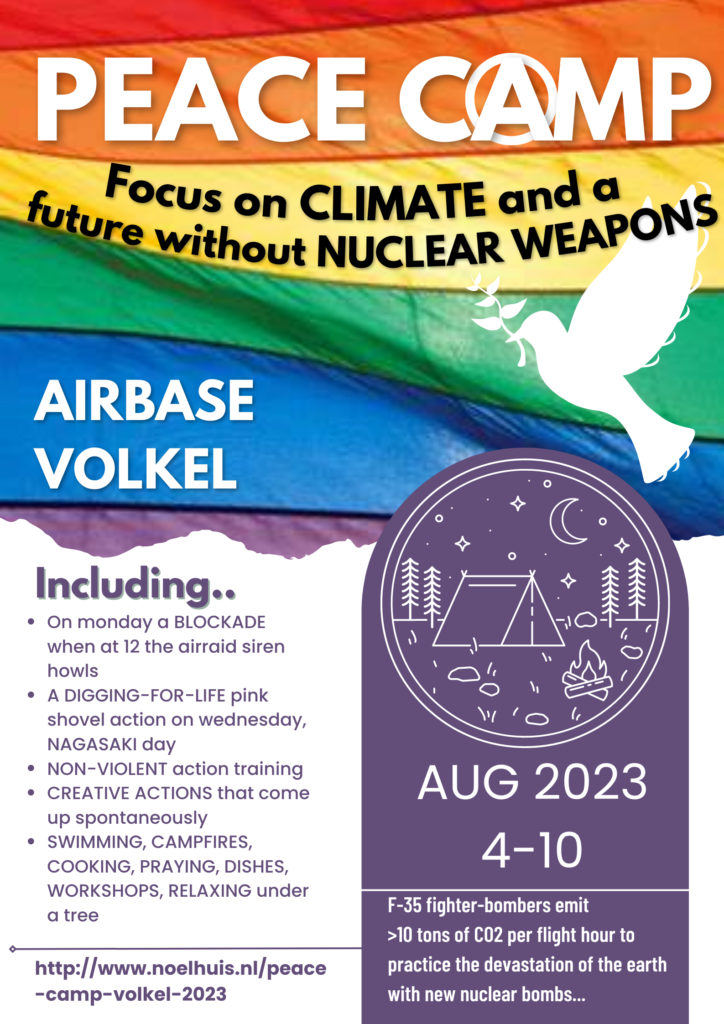 "The greatest challenge of the day is: how to bring about a revolution of the heart, a revolution which has to start with each one of us" - Dorothy Day